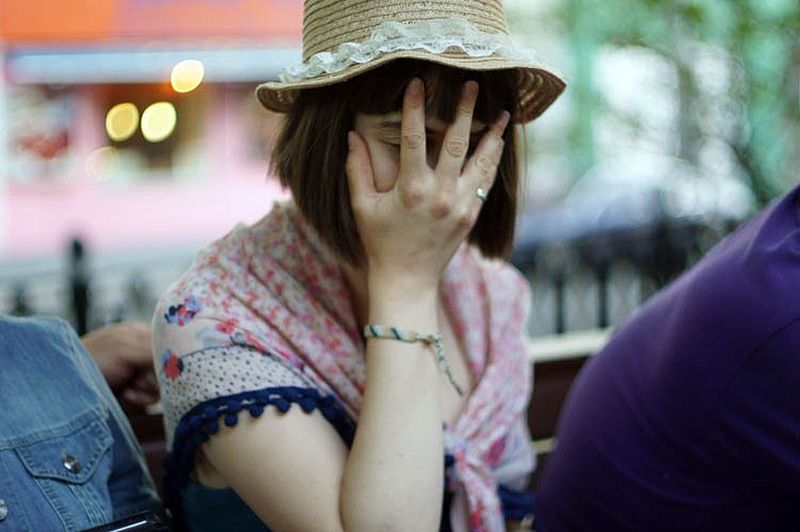 Drama on top of drama.

When I was younger, and still sometimes now, I would wish my family was like the ones on TV, you know, where everyone’s always wearing shoes and has their hair done. I wondered what it would be like to have parents who I could trust to provide for me. My father, when faced with big difficulties, tended to become apathetic and shut down. My mother would rant and rage, and yet seem to revel in the drama, always telling us girls that “Your father did this, your father didn’t take care of this,” and that every knock on the door or phone call meant we were about to lose our house. I wanted so badly to be shielded, protected. Instead I was a witness to everything a family shouldn’t be, yelling, threats, police coming to our door. And then, if I seemed depressed, my parents who were not fighting at the moment would ask me in confusion why.

I didn’t get into therapy until I was an adult, and the early therapists didn’t do me much good. I kept insisting that my problem was situational, I’m in hell but can’t live on my own, please tell me how to fix my parents because that’s the only way I’ll ever be okay. They all more or less shrugged at me, gave me printouts about assertiveness and establishing boundaries. They told me my family’s problem was codependence, and I knew that. My mom may rage at my dad, but she also depends on him a lot. Every fight, no matter how bad, ends with her being waited on hand-and-foot by a man she’s treated worse than dirt. I love my mother. I do. But I can’t forgive her for bringing me into this family.

To be fair, I absolutely believe that we, on the Other Side, choose our parents. I know I’ve chosen my current parents for a reason. But I’ve mentally screamed at my guide, at my patron god, at the Mother Goddess to alter my chart, because I took on too much. Four suicide attempts means you took on too much. I’m beyond caring about what my soul will gain from this life. I daydream about being offered a button that would end Earth’s existence in a painless flash, and grabbing it and pressing it with all my might. Et voila, the solution to everything, to everyone.

Current drama is my older sister’s long-awaited wedding to the guy I’ve considered my brother since I was in my early teens. My mom ordered a dress for it, didn’t fit, sent it back, ordered another, didn’t like it, sent it back, ordered another, and now it won’t be here in time for the wedding. (My parents don’t do ANYTHING in advance. Everything is last-minute.) She has the money to go buy a dress, but she claims she can’t find one she likes, and at the current moment, she’s not going to the wedding. She’s going to miss her eldest daughter’s wedding because she can’t find the PERFECT dress.

I do think she will end up going, but I really resent the drama of one minute she’s going, next she’s not, and boy, does she like to spread her misery around. I bought her a clutch for the wedding, and she made sure to dramatically ask me if it’s okay if she gives it to one of my other sisters. I know her, and she didn’t do this out of consideration, she did it because she wanted me to feel bad because she’s feeling bad. My mother’s emotions basically run my family. If she’s in a good mood, all is fine. If she’s angry, A, no one is ever allowed to be angry at her, because that will set her off, and B, no one’s allowed to have problems but her, or at least, if you have a problem, hers is much worse.

I love my mother and want her to go to this wedding. But I know she won’t apologize for what she’s putting us through now, and that gnaws at me. In a book I wrote, one that I’d love to publish, a young girl asks a forest spirit for advice on how to deal with her mother. The Old Hag of the World answers, “You are a human child. What can you do with your mother except survive?” I guess we’ll see whether I do, and how long.