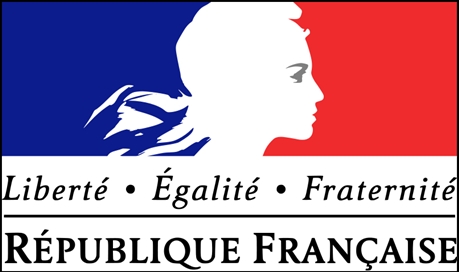 I’ve been here before…

So…government shutdown and all. I never had a head for politics and still don’t, and I don’t understand all of what’s happening, been happening since the current president took office. I have a sister and father who are virulently anti-Trump, while I can’t seem to dislike him much and finally realized why…he reminds me of my old, dear, incompetent husband. Both would have prospered so well outside leadership positions. Louis and I could have been a locksmith and his wife, and neither of us would’ve been remembered. But maybe…we would have been happy, which is far more important.

I used to joke with my father that if a revolution comes in this life, I’ll be careful to be on the winning side this time. And I want to be. I want to see more fair economic distribution, I want everyone to have healthcare. I want to be a part of this rising swell moving toward the White House, be with the people this time and not a symbol of all they hate…but I can’t. I look at organizers of the Women’s March that won’t disavow anti-Semitism, I look at college students protesting free speech, I look at girls putting on a hijab and calling themselves liberated, and I CAN’T.

I made a mistake once, I did not love the red, white, and blue of the country that became mine greater than the one that bore me. I did not see revolution storming its laid path toward me because I had faith in the people to suffer forever beneath what we now call the 1 percent. I believed that the people suffered because God willed it, and thought perhaps He suffered with them, that it was somehow right that all suffered, because that poor suffering God as my witness, I was pained too, many times. I lost friends dearer to me than myself, I lost children dearer to me than everything. I lied to my remaining children the last night their father lived, by telling them he would come to see them the next day, when in fact he went to that terrible blade I still can’t bear to look upon.

I think people look on that life (and here I throw a pointed look Sofia Coppola’s way) and see the ribbons and gilt, the beautiful dresses and men in livery. They think any life inside of that must have been as though life were one long gala. They do not see a long-unconsummated marriage, a heckling mother, everyone waiting for me to mess up all the time, miscarriages, and those last years of terrible fear, of escape and recapture, that darker-than-black prison I still have nightmares about, the hot air unmoving and the guards staring, always staring while they laughed. They do not see my children ripped from me, the two that Fate had left to me, my husband bidding me farewell, my sweet sister-in-law trying in vain to console me because she had faith in a God that had suffered only once, pierced on a cross in an act meant to spare us all the worst torment. I know of now, lifetimes later, no worse torment than leaving my children with no certainty they would not be hurt far worse than I was.

I feel that I can hear the footsteps described in A Tale of Two Cities, the ones that surged into the life of an innocent woman, nearly sent her true love to the guillotine, and instead took Sydney Carton, who I identified with so much as a tortured adolescent that I wrote an A-plus research paper about him in 12th grade. I’ve just come to know of the Yellow Vest Movement in France and spreading, and I really feel scared. I know they will never know of my existence, much less consider me a threat, but this fear is old, older than the body it’s causing to quake. I used to have dreams of sitting in a beautiful room, hearing footsteps in the corridor outside, and waiting with growing fear to see who was behind the door. I’m still afraid of that door, it seems, and what it might open to reveal.