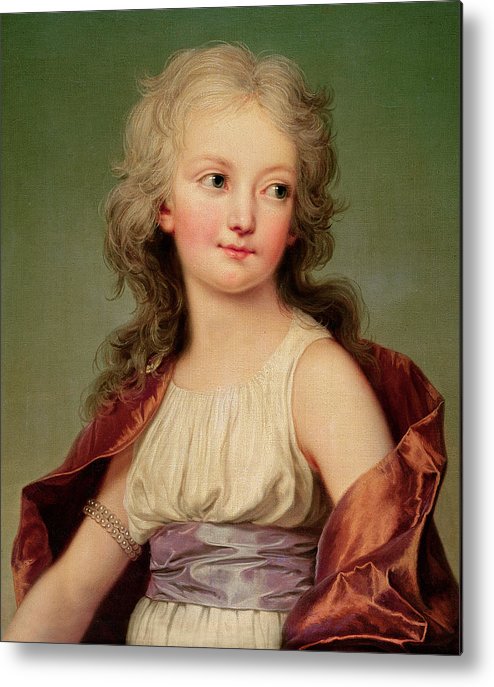 Sometimes I burst out laughing for seemingly no reason, and my family looks at me like I’m crazy. Sometimes tears come just as abruptly.

It’s not something I can easily explain, that I used to be the queen of the greatest empire of Earth, used to be treated like a goddess because of my birth and my fate, and I’m the same person, the same person now who is sometimes briefly puzzled as to why people don’t just automatically do things for me. It’s as hilarious as anything God ever thought up. I used to have crowds of thousands of people cheer for me for having done nothing but wave, and now I run errands and do my own laundry. But inside, I am the same soul, just perhaps wiser, or just damaged, if there is much difference between being pained and having wisdom.

My dad and I occasionally laugh about it together. He accepts all my weirdness, always has, because it’s so similar to his own. We know we are old friends and comrades, veterans of many lives together, though I think it’s the first he’s had with me and my mom, he being the mutual friend binding us. I admit, I’ve given him hell about this, back when home was a battleground,  a world that shook unceasingly with the sound of my parents’ war. I always took my dad’s side because he was quieter, and because I thought my mother hated me. She and I were different the way Marie-Therese, my daughter, and I were different, the child in each case being solitary and grumpy, perplexing to the social-butterfly mother.

I understand now, Mousseline. You didn’t hate me. Perhaps you envied me for my ease with people, while you were awkward like your Papa, and you probably also thought I preferred your youngest brother to you. I promise, it’s not like you love one more than the other. The two loves are equally bright and extensive, each reach out into forever, just are different the way snowflakes are.

I think I’ve written on this blog that I have my youngest son from that life in my current life. We are separated by several states, but he still holds a piece of my heart, sends me voice recordings of himself carefully speaking French, and is the same dutiful, loving boy he used to be, though I am careful to remember he’s not strictly mine anymore. He’s pretty certain he’s found his father, my husband, from our previous life, and they are building a probably-odd relationship as friends, because my former husband doesn’t remember nearly as much as my son does. As for me, I am Facebook friends with he-who-once-was-Louis-XVI, but we haven’t communicated much. I don’t want to rush him. I want him to reach out, too.

Adding to that…my son is also pretty sure he has found (what a resourceful, lucky creature he is!) the sister he has missed so much, the one he became so close to during our imprisonment, and who showed him a tenderness and softness she displayed for, as far as I can recall, no one else. Mousseline la Serieuse, I called her Before, and no, I haven’t the faintest idea what “Mousseline” means, or if it ever meant anything but the affection in it. My son wants to introduce us when I feel ready.

I want to be ready, but in truth, I’m terrified. This soul, whoever she is now, was once my long-awaited, adored-beyond-reason firstborn child, the one to whom I whispered that I was glad she was not the hoped-for boy, because a boy would’ve belonged to the state, while she would be mine, though of course in Versailles, I was not permitted to feed her or rock her cradle, lest I deny these privileges to servants and nobles who built their identities around them. If I meet her, and my old feelings for her come strongly to me, I could overwhelm her.

Or she could devastate me. Marie-Therese always preferred her father to me, preferred things to people, was as awkward socially as I found such things natural. She didn’t always like me, and if that has stayed with her, I know I’d be hurt. But perhaps…I can tell her now that I understand, that I fashioned this current self out of the difficulties I observed in her, that I melded them in with leftover trauma (which is what I think autism probably is) to make the person I am currently.

Part of my autism, or maybe just myself, is that I don’t miss people, or at least it’s rare for me to. I have no desire at all to ever again see my best friends from childhood and adolescence, I’m in no rush to spend in-person time with the niece I adore and for whom I was the nanny for most of her first five years, I don’t even always want to see Jakey, the nephew who pretty much owns my heart (though he’s usually the exception to this). For me, it’s enough to know my loved ones are well and happy, and that they know I’m here if there’s anything I can do for them.

So, I don’t exactly miss Marie-Therese, or rather, Athlynne does not. The part of me that remains Antoine, I think, probably longs for that little girl, and will always no matter what body she’s wearing. It’s always a balancing act between us. Maybe speaking to her will bring out my old self, the way I feel a rush of affection come up in me when I type messages or record words for my son. But…and this is old too…I think I’m afraid of not being enough for someone, especially someone who might be missing me.

Mousseline. I know you’re out there somewhere, and part of my soul-heart is and always was yours. Please be kind to it until we meet, and after.